Get your calves off to a healthy start this spring, and keep them healthy, with BIO-MOS®.

Our goal is to help producers get the most out of spring calving this year by providing this free e-guide, featuring key tips and advice from industry professionals, including:

Fill out the form below to access your free spring calving immunity e-guide! 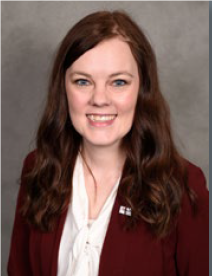 You can also view Dr. Roberts' free webinar, "Optimizing Gut Health and Nutrition in your Calves" now by signing up for our e-guide!

On a microscopic level, there’s a battle going on inside every calf’s gut. In order for a calf to grow into a healthy adult animal and meet its full genetic potential, good gut health is vital, as it allows the calf to efficiently utilize the nutrients in feed.

“Both humans and animals have billions of bacteria in the intestinal tract,” said Steve Elliott, Alltech global director of the mineral management division. “Some are good and some are bad. These bacteria keep each other at bay or balance each other out in a healthy individual or a healthy cow. But when the balance is off and the bad guys overrun the good guys, that’s when we end up with problems.”

In order for bad bacteria to cause challenges, they must attach to the gut, where they can start to proliferate or multiply.

Antibiotics kill bad bacteria, but they can also kill good bacteria. So taking a different approach when addressing calf gut health can be beneficial.

“It is helpful to be able to focus on the bad bacteria while leaving the good guys alone, which better prepares the calf for potential health challenges,” he said.

“In an effective gut health management program, you want the bad guys to leave the system and not be a risk to other animals.”

As a result, the bad bacteria don’t get into bedding or calving areas.

One way to achieve optimum gut health in calves is to use a feed supplement created to promote good bacteria and support natural defenses.

“Companies like Alltech have been working on these unique solutions and that’s where the nutritional technologies like BIO-MOS® have been well researched over the last 20 years,” said Elliott.

“It basically supports the balance of good bacteria inside the calf’s gastrointestinal tract, which is important in helping the good guys in the battle for the gut.”

“We want strong immunity so that the calf can produce close to its genetic potential,” said Elliott. “We spend a lot of time and effort building good genetics in our animals, and we want them to perform at their peak.”

“If we can make calves healthier and reduce the energy the spend fighting off these types of challenges, it should result in better performance.”

Elliott said numerous trials have shown this to be true.

“We can measure immunity in various scientific parameters when we look at  function in the calf,” he said. “But what the producer is ultimately worried about is making more money. And he makes more money by increasing efficiency, which includes average daily gain, feed  and morbidity or sickness treatments in his calves.”

“We have many, many trials that have looked at the overall profitability scheme, which encompasses not only the scientific immune parameters but, more importantly, the ones that are associated with profitability,” he continued.

“Trials have shown that without a doubt, enhanced calf health and immunity translate into better growth and better gains.”

More information about cow and calf health and BIO-MOS is available on the Calf Immunity eGuide.

Get your calves off to a healthy start and keep them healthy with BIO-MOS®.

Effective in cow and calf feeds, BIO-MOS promotes immunity, productivity and profitability. All to safeguard your cattle—and your legacy.